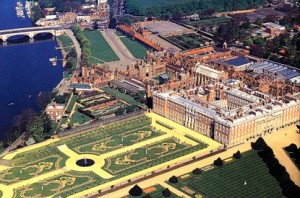 Well, they’ve been and gone and you came out in your thousands to line the streets and cheer them on. The riders even commented that they were amazed by the crowds and the noise!

We’ve pulled together links below to the best of the photos from the events so you can relive them again. Get in touch if you’d like us to add a link to your gallery.

Both the Olympic Road Race and Time Trial events are coming to the Borough of Richmond-upon-Thames in 2012. Here’s an opportunity to see the Olympics up close for free, without having to buy tickts and it may be the opportunity to witness Team GB’s first Gold medal of the games! On Sunday 14th August 2011, the Olympic preparation road race (The London-Surrey Cycle Classic) took place, with the streets of the borough full of spectators cheering on the top cyclists in the world, in a race won by British rider Mark Cavendish.

We’ve created this page to collate useful and interesting information relating to the events and we’ll keep it up to date with the latest information, so don’t forget to check back.

To find out routes to cycle to the Borough to watch the events, and where to find cycle parking, check out our Cycle Route Planner: http://richmond.cyclestreets.net/ We hope LBRUT Council will use the Olympics as an opportunity to improve cycling infrastructure for all those who will come to watch the events by bike.

The 1st August 2012 sees both the Men’s and Women’s Olympic Time Trial events, with the women off first at 12:30 and the men following at 2.15pm. There will also be a test event for officials on the day before, Tuesday 31 August, with rolling road closure between 10am and 12noon.

The course will start at Hampton Court with the men following a 44 km loop that will take in Esher, Teddington, Kingston and Twickenham before returning to the palace. The women have a slightly shorter loop of 29km. Riders start at 90 second intervals, with the fastest riders off last (though do expect some riders to catch those in front of them). British cyclist Emma Pooley, the former World Time Trial Champion will be a favourite to watch on the day, and in the men’s event, Bradley Wiggins and Chris Froome are sure to impress. With a relatively flat course (the main challenge being Col de Teddington over the railway), the main technical challenge will be the urban nature of the course, with the same challenges of differing road surfaces and street furniture that will be familiar to anyone who cycles in the borough (though the BMW following the rider won’t be trying to run them over!)

The offical detailed Olympic time trial route map can be found at: (remember the routes are slightly different for the men and women. The women do not come through Bushy Park or Twickenham)

Special events on during the Races – Updated for the Time Trial
We’ve created this section to highlight businesses in the borough putting on special events to coincide with the races. Let us know your event via info@richmondlcc.co.uk and we’ll update the list below:

The men’s road race takes place on 28 July 2012 starting at 10am on the Mall. The women’s race starts at 12noon on the following day, 29 July. More on schedules on the official Olympic site.

The official road race map can be found at:

Here’s a more detailed map of the outward route of the Olympic Cycling Road Race, as it crosses Putney Bridge, passes by Barnes and East Sheen, before entering Richmond Park at Roehampton Gate. It exits the park at Richmond Gate, then heads into Richmond, crossing the bridge before heading to Twickenham and Teddington town centres. It then goes through Bushy Park (I wonder what side of the fountain!) before crossing the Thames at Hampton Court.

On the return leg, they again cross Hampton Court Bridge then head towards Kingston Bridge. Passing through Kingston town centre, it returns to Richmond Park through Kingston Gate, leaving through Roehampton gate and it is then on to Putney, crossing the Thames again.

You can ‘cycle’ the road race route in Surrey from the comfort of your armchair with this speeded up video:

We’ve uploaded the full detailed Olympic road race route through Surrey, including Esher, Leatherhead, Dorking, West Byfleet and Weybridge onto Bikely. In April 2011, we organised a ride that followed the Olympic route (though at a more sedate pace!) – Find out more about the ride here

Over on the excellent London Cyclist Blog, there’s a review of the Box Hill section of the Road Race, including a detailed route map and photos. This 15.5 km section of the route will be lapped nine times by the male competitors and twice by the women – Box Hill Guide to the Olympic Cycle Route

Cycling Weekly Magazine has produced a run down of the profiles of the British Cyclists for the London 2012 Olympics for all categories – Road, Track, BMX. Have a read and see just who will be representing Britain and who are the hopefuls for medals.

UPDATE: British Riders for Olympic Races have now all been announced. We’ve added links to their Twitter account where available so you can hear first hand their preparations, and click on their name to read their profile.

You can also find the starting list for the road cycling events along with mug shots of the competitors and their profiles. And you thought your passport photos was embarrassing!

Preparations go on across the borough, and in Richmond Park, the Largest Olympic Rings of the London Games have been unveiled.

The Olympic flame will be carried through the Borough on 24 July, entering at Ham Parade at 9.48am (they’re very exact!) and leaving via Kew Bridge at 11.24am. Here is a detailed map of the Olympic flame route through the Richmond Borough (including a little kink in Kew). It will also pass by the boundary of the borough on 27 July, when it will be carried along the Thames (presumably not by a swimmer!) from Hampton Court Bridge and downstream, starting at 5.30am.  You can find out more on the official Olympic Torch Relay website.

Travel Advice
One of the main things to be aware of in the borough is that throughout the games (Friday 27 July to Sunday 12 August and Wednesday 29 August to Sunday 9 September) South West Trains have a blanket ban on bicycles on trains, sadly going against their previous stance. UPDATE: 12 July – In the face of huge opposition, South West Trains reversed their decision to ban bikes on trains – Read More

If you are concerned about travel distruption during the Olympics, the Get Ahead of the Games site, developed by Transport for London on behalf of the Olympic Delivery Authority, London 2012, the Department for Transport, the Highways Agency, National Rail and the Mayor of London, has the information you need for all the Olympics, not just the cycling events.
There are specific pages with travel information and advice (and detailed maps of the routes) for both the Olympic Road Race and Time Trial with advice on how to plan ahead to make your journey easier during the events. The same site also has encouragement to consider cycling to work during the games instead of driving on congested roads or using public transport (good advice for any time, not just the Olympics!).

Surrey County Council have an excellent information page for spectators coming to watch the cycling events. There is information on where large screens are going to be put to watch the race live while you have a picnic. They have even created a free mobile app for the event.

Richmond Council also have an information page on the Olympic Cycle events in the borough, with details on road closures and parking restrictions in the borough – http://www2.richmond.gov.uk/olympics/Olympics.aspx

Royal Parks have an information page on how the events will affect Richmond Park and Bushy Park as well as how to get there. Expect both parks too be busy, particularly Richmond Park for the Road Race. Cyclists will be able to enter Richmond Park by the pedestrian gates but the roads will be closed – http://www.royalparks.org.uk/london-2012/the-2012-games-at-richmond-park-and-bushy-park

Olympic Road Race Event Trial – Sunday 14th August 2011
On Sunday 14th August 2011, a trial event took place for the men’s Olympic Road Race, called the London-Surrey Classic. This was to test the route and logistics, and as an International Cycling Union (UCI) level event, all the serious Olympic contenders attended, many of whom had raced the Tour de France the previous month. The route was the same as the actual Olympic race – see the links to detailed maps of the routes above.

There were some great photographs taken of the day, which we’ve linked to below. British cyclist Mark Cavendish, fresh from winning the Green Jersey at the Tour de France as the race’s best sprinter (the first British rider ever to do so!), won the race in a thrilling sprint on the Mall, boding well for the real thing next year. Read this write up from Road.cc for more.

Olympic Legacy for Cycling
We’re hoping that LBRUT Council will seize the opportunity the Olympics coming to the borough brings and not just treat it as an inconvenience. The high cost of Olympic tickets and the difficulty in obtaining them will mean that for many, this will be their only opportunity to see the Olympics up close. There are significant economic benefits to local businesses throughout the borough from people visiting and spending their money.  When the Tour de France came to London in 2007, it was estimated by TfL that the event ‘directly generated £73 million in London, £15 million in Kent and a further estimated £35 million from publicity’. Don’t just take it from us, read this TfL document to find out more:

Press Coverage of the Olympics coming to Richmond
Finally, here’s some of the news articles covering the event. We’ll add new articles as they’re published, newer articles are nearer the bottom.

The Telegraph – London 2012 Olympics: cycling road race will ‘bring the magic of the Games to life’, says Sebastian Coe

BBC – Canadian cyclists to train for London 2012 in Surrey