Burtons Road has long been recognised as a generally cycle-friendly alternative to Park Road / Uxbridge Road but is plagued by rat-running at peak hours. Several traffic-removal schemes have been rejected as risking diverting traffic into other narrow roads. 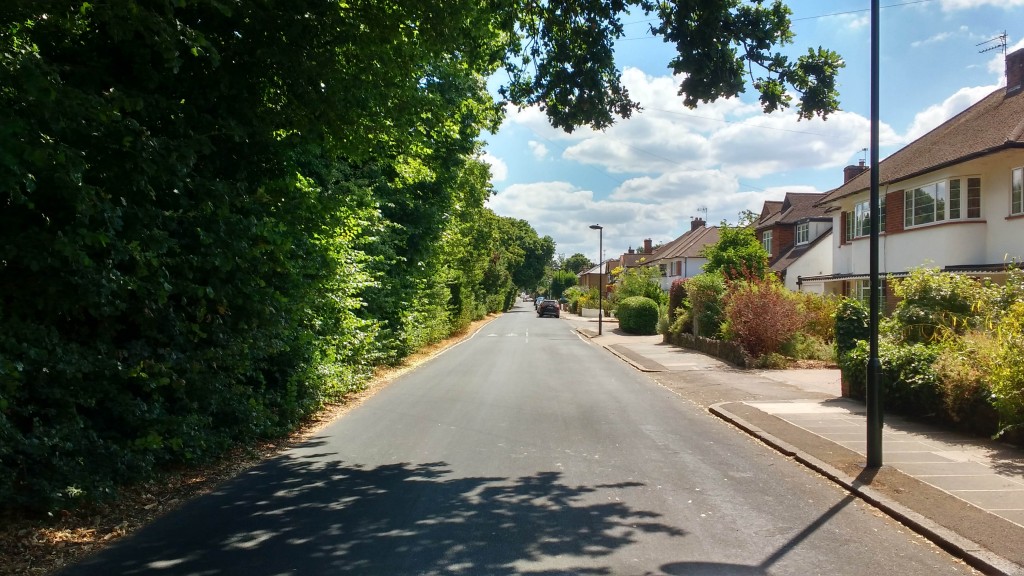 The map below (based on Open Cycle Map) suggests how two filters (red) one straight across and one diagonal could allow vehicular access whilst blocking rat-running. 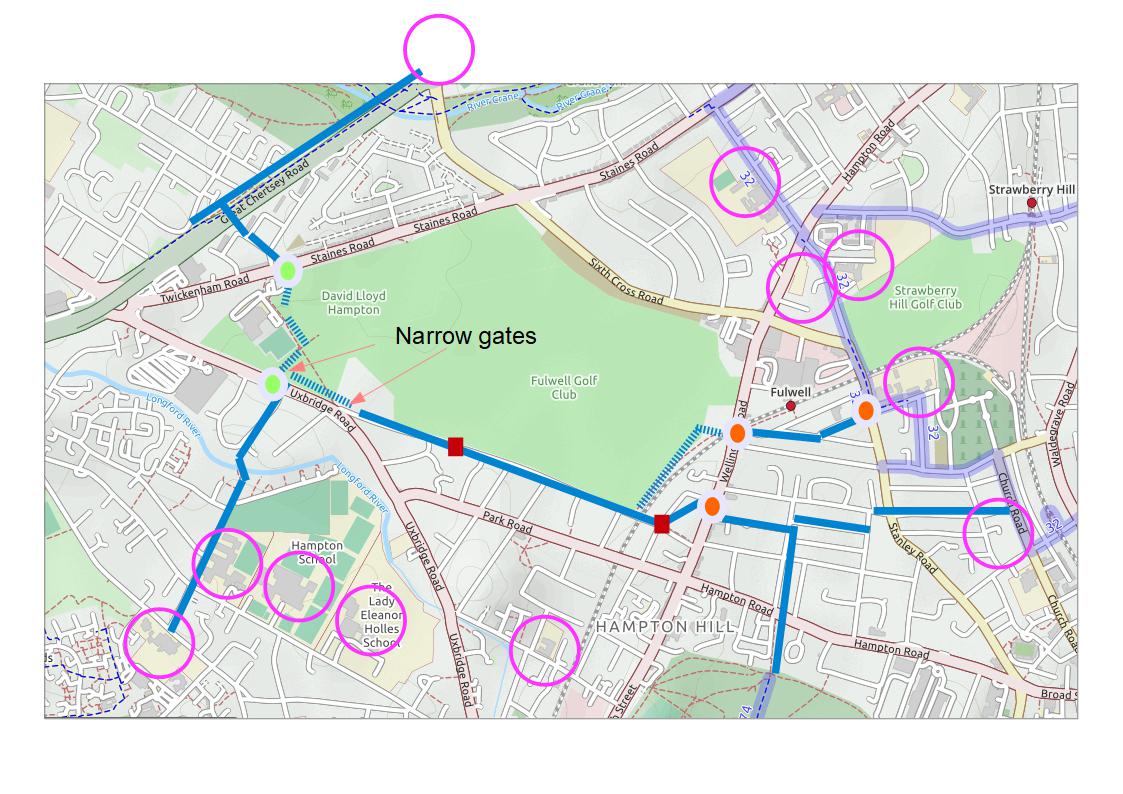 Solid blue lines are important road links whilst the hashed lines are tracks used by cyclists with some difficulties.The railway path is narrow and overgrown 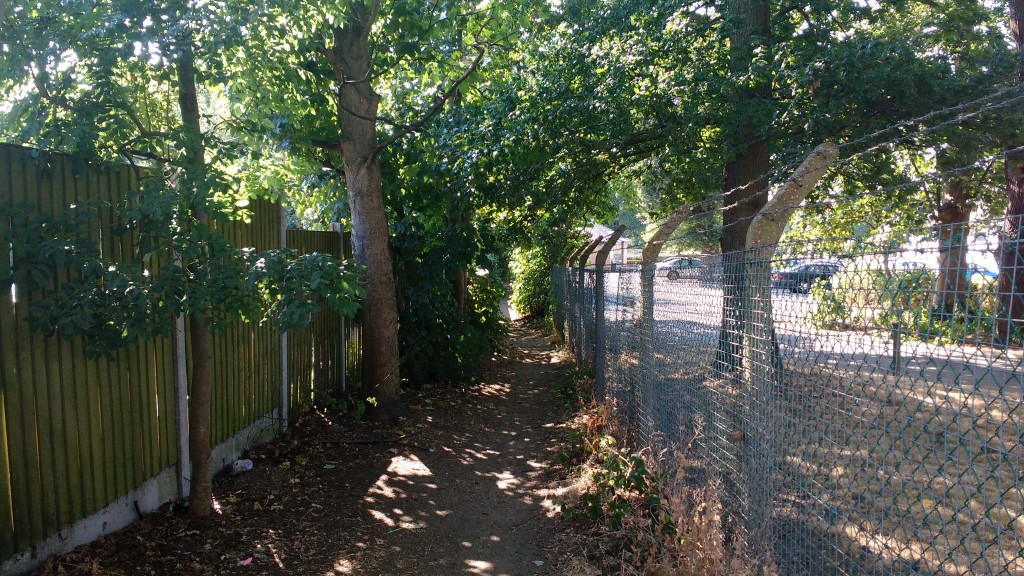 whilst the path at the west end has narrow gates. 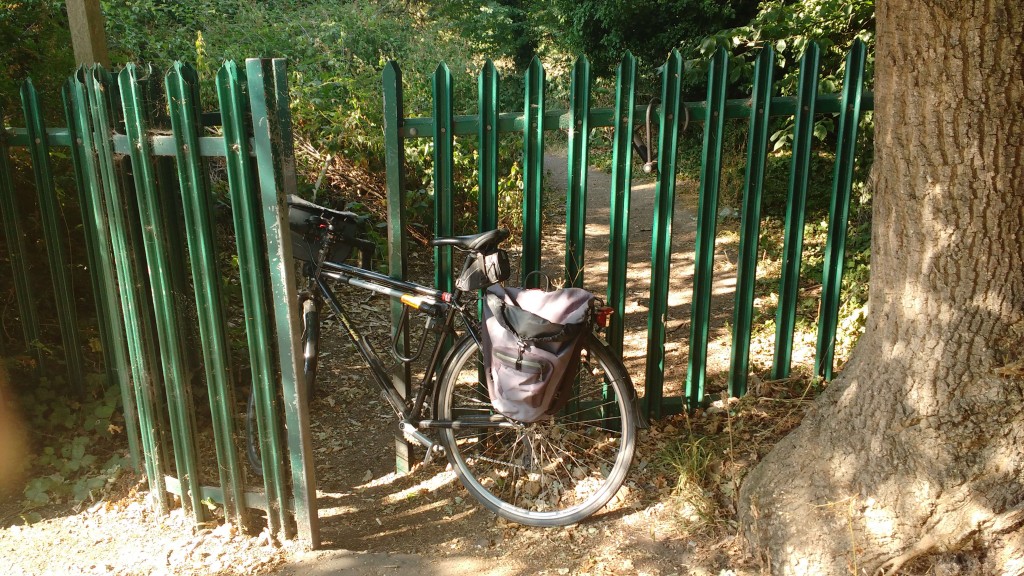 Neither has cycling forbidden  (the railway track is labelled footpath at one end but that doesn’t make cycling illegal). Some improvement would be needed to make them useful for all.

Green circles are existing toucan crossings whilst the orange ones are where a crossing is needed.There is a ramped bridge to cross the A316. 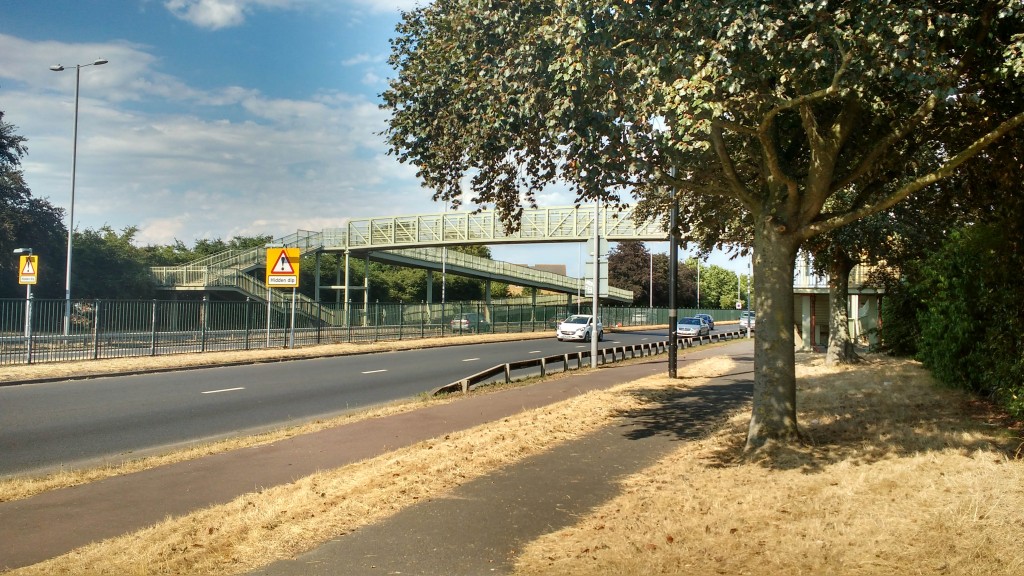 The numerous schools are shown by magenta circles whilst Fulwell Station is the nearest railway. ( a segregated track along Wellington Rd would shorten some journeys but that is a future ambition).

One thought on “Burtons Road and connections.”