We seem to be going through a real time of change for cycling in the UK. In March, Mayor Boris Johnson launched The Mayor’s Vision for Cycling in London and in April the House of Commons inquiry published the Get Britain Cycling report. Along with The Times’s Cities Safe for Cycling campaign, you’d be forgiven for thinking the hard work was done. Or not.  As seasoned campaigner David Hembrow points out – now is the time for serious campaigning to start.  After all we have had already had a National Cycling Strategy (1996), a National Cycle Plan for England (2010), and the London Cycle Network come and go – with precious little to show for it… except examples such as this (more here): 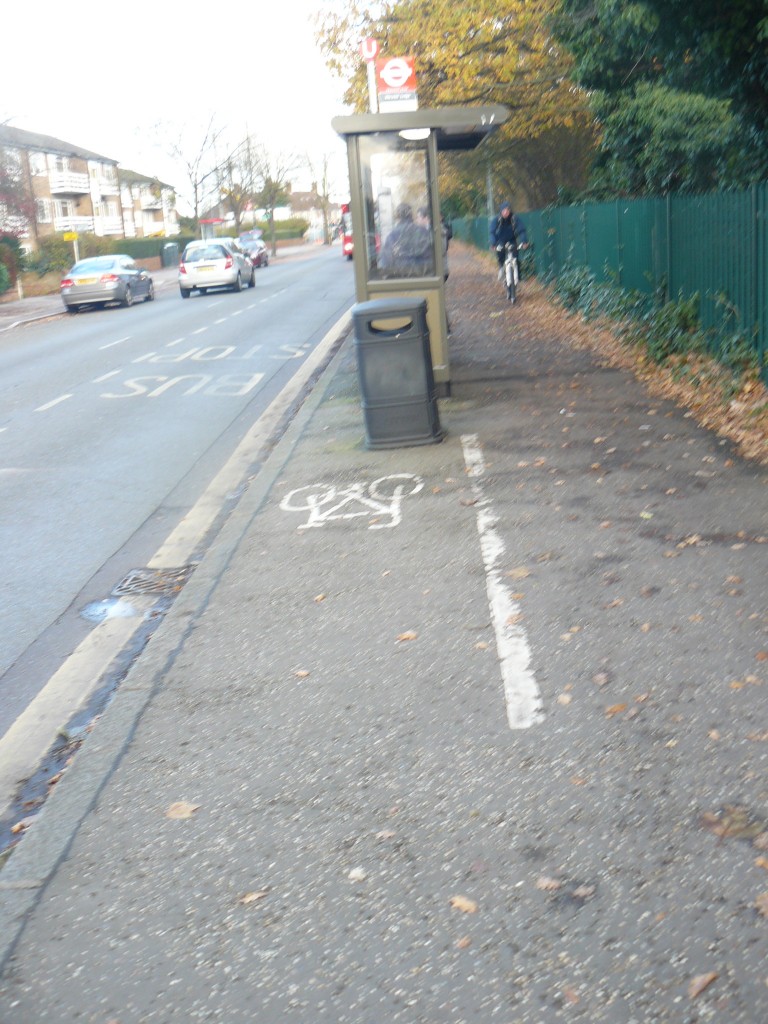 Now we have a real opportunity to influence decision makers in the council and TfL. Outer London boroughs are being invited to bid to be ‘mini-Hollands’ as part of the Mayor’s cycling vision and the council will soon be developing it’s next Local Implementation Plans (LIP) outlining how they will implement TfL’s transport policy, including on cycling, in the borough. (this will be LIP3 – LIP2 is on LBRuT’s website, and here is the submission we made to the LIP2 consultation)

So where do you and I and RCC fit into this? We’ve previously used our ‘Veloteers’ to be our eyes and ears on the ground across the borough, and it has worked to good effect in the Twickenham town centre proposals and other recent consultations. But now we need to up our game.  As the actual users of the cycling infrastructure in the borough, we have the knowledge of where changes need to be made – our challenge is to gather this knowledge and use it to influence the decision makers.

To do this in a more effective way, we are adopting an online campaigning tool called Cyclescape (richmondlcc.cyclescape.org), developed by the sample people who brought you the Cyclestreets route planner (richmond.cyclestreets.net). This simple map based tool allows issues to be logged and collated in a much more powerful and structured way than before. (You can read more about it here). It allows us to engage with the council and TfL with a structured body of evidence cataloguing the issues and constraints that need to be addressed if we are to truly “get Richmond cycling”. But first we need everyone to start logging issues and suggestions for improvements.

So how do you get involved? Cyclescape is a very simple tool and it works like this:

When anyone logs a new issue in the Richmond Upon Thames borough, we at RCC get an email notification. We will confirm back to you that we have seen your issue (as most of us have day jobs, we aim to do this within two weeks). We will continually collate these issues and feed them into our ongoing discussions with the council and TfL. You can also set your preferences to be notified of any issues raised in your particular area of interest.

We are asking everyone to focus on the following priority areas which we’ve selected to be in alignment with the Mayor’s Cycling Vision:

We cannot promise that the issue you raise will be immediately addressed.  What it will do is build the case for change. For example, you can send a link relating to a particular issue to your local councillor. It will allow us to maintain a history of what has been said and done in respect of each item.