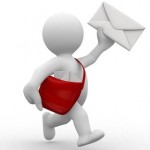 Once or twice a month, we send out an email update on cycling in Richmond. If you’d like to sign up for these, contact us here.

We also post the newsletters here on our website. Read below and enjoy! Previous newsletters can be found here.

The most important news is that RCC has just been informed by our spies at LBRuT that all their contractors are to use cargo bikes instead of motor vehicles.  This includes rubbish lorries.  Alongside the introduction of the two wheeled transport, all bipedally challenged drivers will get training in how to shout at people, eat their lunch, use their mobile phones and ride their cargo bikes from the council’s own cycle instructors.  Benedikt
Hansen, one of the councils’ most prominent instructors, said “I shouldn’t believe it.  But I do.  I’ve seen the training schedule and I’m appalled.”
Apologies for the late notification of this weekends’ ride.

Rides for April
Sunday April 3rd – Olympic Road Route in Surrey
Time: 10.00 am
Place: Bushy Park, Fountain Car Park
Description: We have a look at the Olympic Road Cycling route through Surrey. – but only do Box Hill once so only (!) 50 miles. I tried the ride and no roads are too bad trafficwise so we will probably take it nearly
straight. Coffee in a supermarket and Lunch in a pub. Not that fast but it is decidedly hilly.

Saturday April 16th – Palaces of West London
Time: 10.15
Place: Richmond Little Green, by library.
Description: We cross the Thames and cycle through the park of Syon House to Brentford. The canal towpath takes us to Osterley for coffee in the stables of the Adam mansion. Short route home via Isleworth. 11 miles with one hill alongside canal locks.

Saturday April 16th – Twickenham Farmers’ Market invites Cyclists
London Farmer’s Market are possibly organising a Twickenham Farmers market Shop n ride event on 16th April  where customers would be encouraged to cycle to market. They hope to have free cycle service at the market plus refreshments for anyone wearing a cycle helmet.  I suggest accessing the market from Sherland road – see RCC website for suggested routes.

Monthly Meeting
Next meeting is the 11th April at the Old Ship in Richmond, 20:00.
http://wp.me/pSDFw-mL
Reply to this email with suggestions for the agenda.

LIP Response
Our response is here…
http://wp.me/pSDFw-xb
TfL have asked the council to ‘look at a couple of things’ in their LIP and we were informed that those issues were related to cycling.  We weren’t allowed to know what the issues TfL were asking the council to revise.

Cycling Liaison Group Meeting
We were told there is still time to give a response to the Cycling Strategy. If you do have any comments on this document specifically, send them to Chris Smith – c.smith@richmond.gov.uk
We were told that there is the opportunity to ‘do’ something for the Olympics, as long as the council don’t have to do anything.  RCC suggested a bikefest event and a prestigious Olympic route along the lines of the Jubilee walk. Alternative cycle parking was briefly discussed. Plantlocks were out unless the community was willing to maintain them.  Cyclehoops had been vetoed by the ‘Urban Design Team’.

London Road roundabout
TfL are currently proposing to make some pedestrian and cycle friendly changes to this roundabout.  Long overdue, we think.
http://wp.me/pSDFw-wY

Cycle Super Highway (CSH) 9
This is due in a few years and it’s likely it will travel through Hounslow via Brentford High Street, Kew Bridge and onto Chiswick roundabout and the Hammersmith gyratory.  RCC sent a representative to the route inspection meeting and we are supporting our colleagues in Hounslow and Hammersmith & Fulham.  More news as and when.

Richmond Station Bike Hire
You can hire bikes at Richmond Station and there will soon be servicing, parts sales, routes and secure storage available.  Look out for an important announcement at the end of April.

Thanks for reading and keep cycling,

PS The first story was an April Fool, in case you didn’t realise.